This woman is reading from a book to the man laying behind her. Every once in a while he lift up his head, when he hasn't understood, to ask her to repeat it. Then he looks at her. For the rest he listenens and she reads. Nice form of communication, especially observed from a distance. 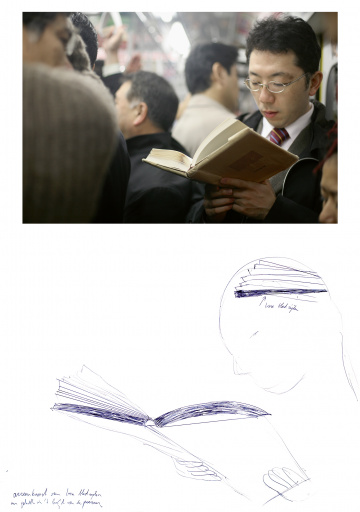