Length of film: 85 minutes (in progress)

In a year of social distancing and personal catharsis, Lourdes TV gave me something to hold onto. For hours every day, I watched live images from the webcam at Massabielle, the Grotto of Apparitions. The daily little rituals and human foibles in this almost deserted pilgrimage site fascinated me. A worker balancing with one foot on a ladder and the other on a huge candelabrum as he rearranges the candles. A priest silently praying in the pouring rain, and how he unexpectedly starts absentmindedly toying with his umbrella. A woman who paces up and down for two hours every morning, only to depart as soon as the priest arrives to say Mass. Or the woman who at a set time of day always waves at the webcam, which intrigues me tremendously. Who is she waving at? Me? I am spellbound by what I see and decide to take screen captures. This accumulated material is what forms the basis of the film Lourdes TV.

Lourdes TV is not only a found footage film but also a personal document. A filmmaker combs through a collection of webcam shots from the Grotto of Apparitions in an attempt to discover why it fascinates her. We become acquainted with the main characters through the webcam footage. The filmmaker, thinking aloud while clicking and scrolling through it, shares her observations with us. There are also visitors with whom she builds up a relation because they come back every day and stand out because of their behaviour. By following these people more or less daily, the narrator becomes increasingly involved with the place. She projects her thoughts and fantasies onto these visitors.

In doing so, she is forced to ask herself questions about what religious belief means to her personally. Does she herself lack a foundation of faith? And does belief also have its dangers, when it can completely control someone’s mind? More and more hesitation seeps into her voice and choice of words. She is also watching the webcam on account of someone whom she can no longer reach. Gradually, a personal story of love, letting go and losing unfolds.

The Lourdes footage holds great promise in itself. It combines big themes like faith, rituals, solace and spirituality with human trivialness, the typical actions of people who don’t think they are being spied upon – or in fact do, and wave! 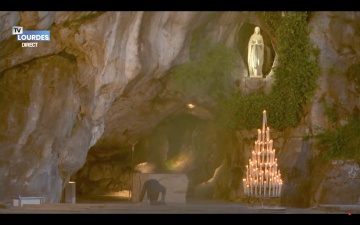 A man climbing over a pew in the night, causing a cracking sound. 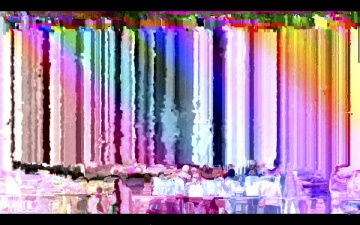 Glitch. Is it my wifi, or is there something wrong in the Lourdes control room? 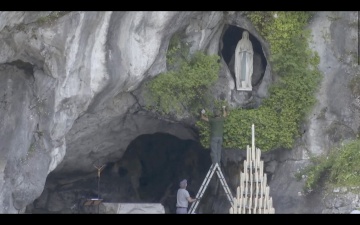 A man pruning so enthusiastically that the final shape looks unnaturally straight. 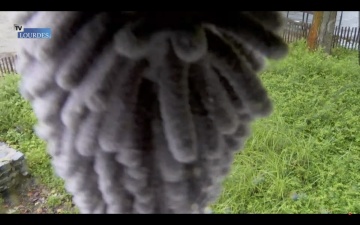 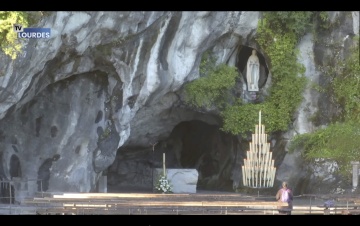 A Lourdes regular. In a moment she’ll turn around and start waving to the webcam. Does she know I’m watching? 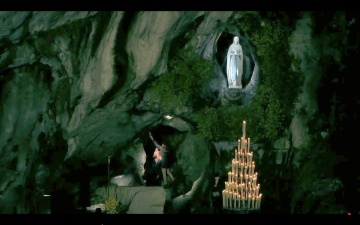 A couple filling a water bottle in a theatrical pose. Sometimes it feels like I’m watching an opera. 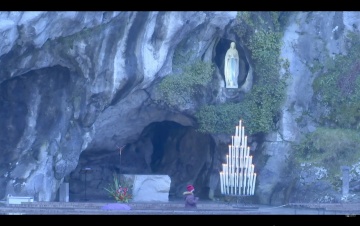 This woman is here for a week now. Every day she walks back and forth for two hours. I remember seeing her last year doing the same. 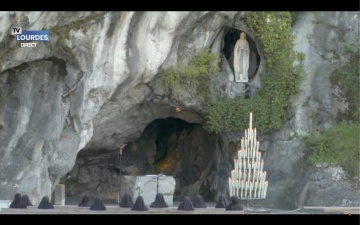 Nuns in a grid. 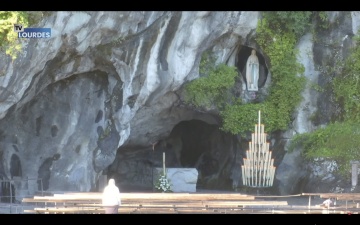 This film is supported by: