In New York I filmed a man walking in slow motion along a fence in the Financial District during rush hour. It was beautiful in contrast with the surroundings, so I started filming him. Later on I approached him and he turned out to be a finance lawyer who deals with bankruptcy, which nowadays can be quite a stressful job. For that reason he started to do walking meditation, but he does not have much time for it. So what he does is: during his morning commute, when he gets off the bus he starts his walking meditation session, and it goes on until he arrives at his office on Broadway.

My filming has led to a correspondence and a number of meetings with this man, a lawyer, resulting in a work that indirectly addresses the aftermath of the financial crisis.

The video work shows two similar moments, one original and one reenactment and it includes two original letters from our correspondence. One letter is the very first letter I wrote to him to get in contact. The other is a last note from him, where he beautifully explains his connection to the art work .

Note: From 2013 he continued his new mindful life path, he kept combining meditation with his work. That didn't get unnoticed. Now an interview with him has been published in the Modern Council. Link > Here 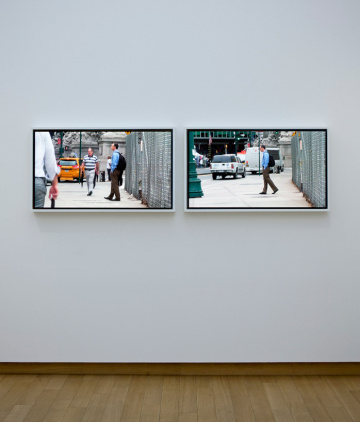 A moment of slowing down, Stedelijk Museum Amsterdam, 2014 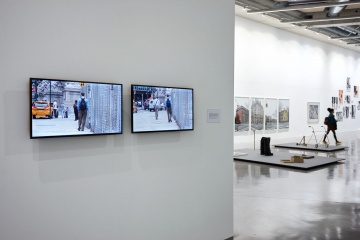 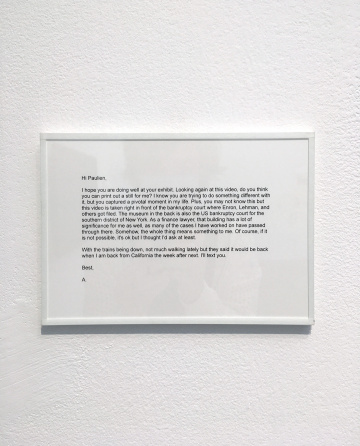