A TALK with Jonas Mekas and Paulien Oltheten

Brooklyn Commons, a discussion series this spring at ISCP, presents intellectual and artistic pairings between the established Brooklyn-based artist community and ISCP residents. This series puts artists in conversation who have not shared a dialogue in the past and focuses on the vibrant and diverse cultural practitioners living and working in Brooklyn, both long- and short-term.

On April 16th, Jonas Mekas and Paulien Oltheten will reflect on the spontaneous chronicling of life and human behavior.

Jonas Mekas is a filmmaker, artist and poet, born in 1922 in the farming village of Semeniškiai, Lithuania. In 1944, he was taken by the Nazis to a forced labor camp in Elmshorn, Germany. After the war, the UN Refugee Organization brought him to New York City, where he became involved in the American Avant-Garde film movement, creating Film Culture magazine, the “Movie Journal” column in the Village Voice, the artist-run distribution collective the Film-Makers’ Cooperative, and Anthology Film Archives, one of the world’s largest and most important repositories of avant-garde cinema.

Paulien Oltheten is based in Amsterdam where she studied at the Rijksakademie until 2006. Her solo exhibitions include; It’s my imagination, you know, Gallery Fons Welters, Amsterdam; Kitbag Questions, Dvir Gallery, Tel Aviv and Walk on a line, Nederlands Fotomuseum, Rotterdam. Group exhibitions include Desire Lines, ACCA Melbourne; Daegu Photo Biennial; Safari, Le Lieu Uniques, Nantes; CREAM festival, BANKart Studio, Yokohama and Off the Record, Stedelijk Museum, Amsterdam. Oltheten has published the monographs Theory of the Street, 2007; A Sort of Lecture, 2011 and Photos from Japan and my Archive 2011. She was the recipient of the 2012 Dutch Doc Award.

Brooklyn Commons is organized by Kari Conte, ISCP Director of Programs and Exhibitions.

Documentation of the talk > link

Excerpt of the Brooklyn Commons event at ISCP on April 16, 2013 with Jonas Mekas

" You don't have to film always extraordinary events, situations. A real challenge is to notice the very insignificant daily moments, the daily activities that nobody is paying attention to, but which are essential for humanity as it is now." 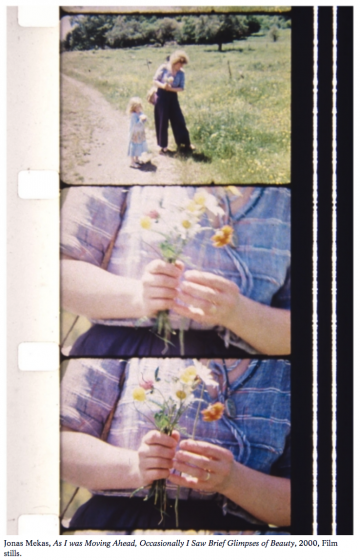 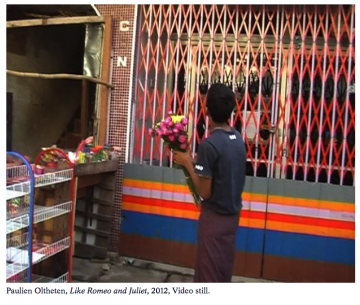