about
calendar
press
publications
shop
<
past:
>
Solo exhibition To those that will, ways are not wanting
AG Gallery
23 June till 12 July 2019

Ag Galerie is pleased to announce the opening of Paulien Oltheten's solo exhibition titled "For those that will, ways are not wanting". In this exhibition Paulien Oltheten shows her latest work for which she travelled to both Isfahan in Iran and Samara in Russia. At first she focused on the river that streams through both cities and that both had been changed ‘temporary’ into a new public space because of the season or the climate change. But soon she made other significant observations along the way.

The result is a photoseries and video. The video that bares the title of the exhibition shows playful image combinations of seemingly simple observations that, once combined and rhythmically edited, can become funny and poetic. 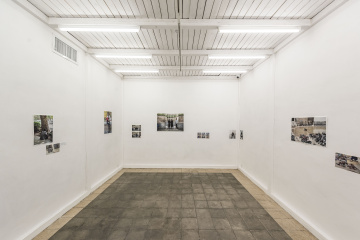 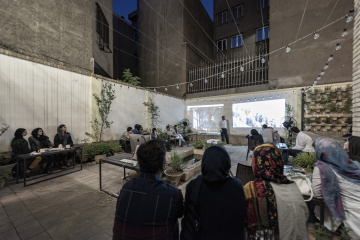 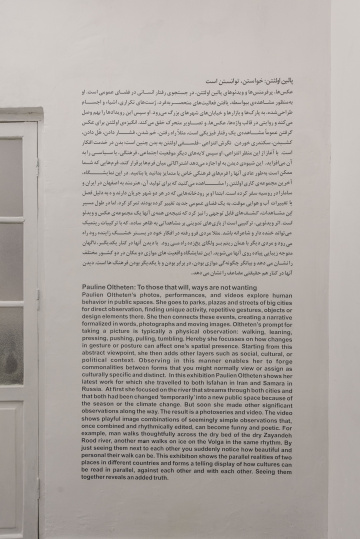