about
calendar
press
publications
shop
<
past:
>
In the meantime, I’m doing exercise
Spot gallery
29 May till 23 June 2017

Paulien Oltheten, a young Dutch artist, is consistently engaged in exploring the seemingly usual and ephemeral phenomena of everyday life. Her extensive photographic archive was made during the last ten years or so, in various parts of the world, while these photographs, which the artist often exhibits alongside video works, drawings and texts, note the ways in which people use the public space and how they act in it, thereby subtly revealing the nature of interpersonal relationships. Her approach to photography is only seemingly documentary, but in actuality, it is deeply experimental.

Successfully balancing on the verge between documentary and fiction, Oltheten creates a visual collection of her observations, transforming them into a study of everyday movements, gestures, practices and situations which, more often than not, go unnoticed. The starting point of the narrative in her works are the scenes captured by a photo or a film camera, which Oltheten subsequently transforms, through the repetition of the scenes and live performances and presentations, into an inexhaustible source of meaning and new conclusions. Her oeuvre exhibits diverse influences: from the so-called ‘street photography’, over intimate perspectives of the Dutch photographer Ed van der Elsken, to the pioneer practices in conceptual art, notably, Yvonne Rainer’s oeuvre, who introduced random and everyday movements into the art of dance. Finally, the work of Paulien Oltheten presents at times a humorous and, at times, an absurd, but always a fresh and unexpected interpretation of everyday life. The exhibition at the Spot Gallery displays her new works, made in 2016, during the artist’s travels on the again current historical routes leading from Eastern and Central Europe to the West. 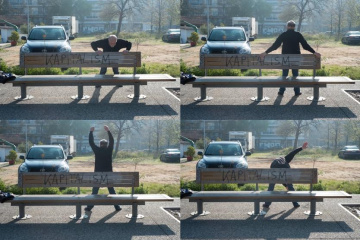 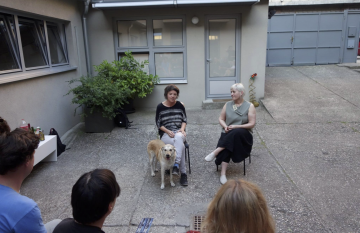 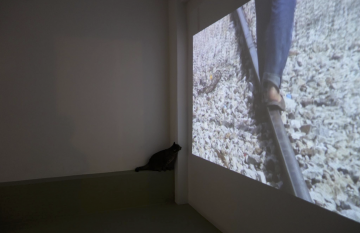 Cat looking at my video during the opening at gallery Spot in Zagreb, 2017 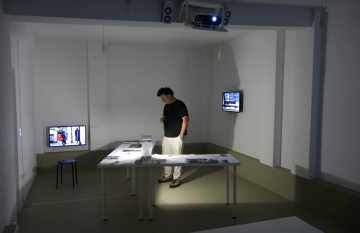 Visitor during the opening at gallery Spot 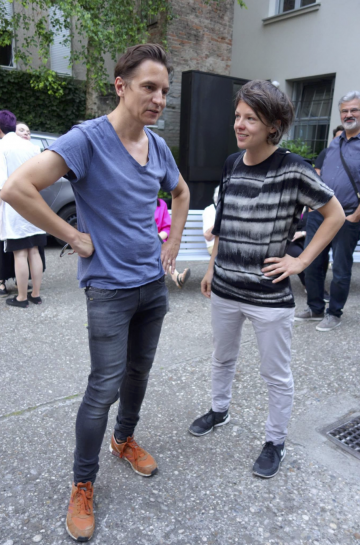 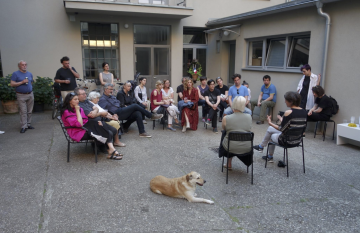 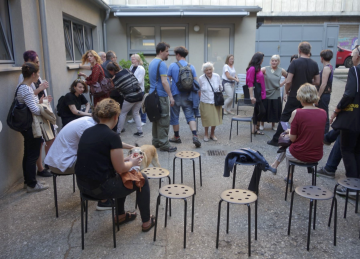 Crowd after the conversation at gallery Spot